Major League Soccer is one of the most watched soccer leagues in the world. This is something that shocks a lot of people.

For one reason or another, people have this belief that in the USA, soccer is hated and absolutely no one watches or enjoys it.

Now, of course, Major League Soccer might not be as exciting and as adored, or even watched as some of the big European League like La Liga, Premier League or the Bundesliga.

However, it is wrong to compare Major League Soccer with European Leagues. The main reason behind this being the fact that no other continent has soccer that is even remotely close to that of Europe.

As far as the rest of the world goes, USA and Major League Soccer are pretty high up there with both views and with the excitement they can bring.

We also should take into consideration the fact that a lot of big names like Cavid Beckham, Zlatan Ibrahimovic and many more have at one point or another played in Major League Soccer, for different teams (cough, cough, LA Galaxy). 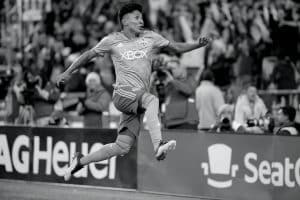 Major League Soccer just like any other league in the world has its main ‘big dogs’ so to speak. For example, in Spain we have Barcelona and Real Madrid, Germany has Bayern, and so on.

When it comes to the US and the MLS the most successful club is La Galaxy, who are the club to have lifted the MLS trophy 5 times. Most out of all other teams to ever compete!

Even though that number may not seem as significant as some other. For example, Real Madrid have won their league 34 times.

However, do not scoff at the 5 cups of La Galaxy. La Liga (the spanish soccer league) has been around for quite a long time, much longer than the MLS at the very least.

Major League Soccer was established in 1994, making it less than 30 years old. Meanwhile the club of La Galaxy was founded two years later, in 1996.

That’s something about the competition when it comes to teams, on an individual level, the player to score most goals in the history of MLS is Chris Wondolowski with 169 goals.

Followed by London Donovan and Jeff Cunningham in third and second place with 146 and 134 goals scored respectively.

Meanwhile as far as a single season or tournament goes, the player to score most goals is Carols Vela, who netted the soccer ball 34 times back in 2019. 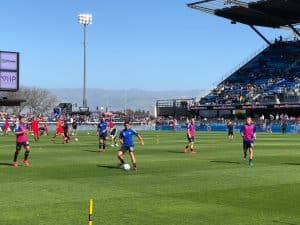 There is no relegation within Major League Soccer. Tell this to any European soccer fan and they will shout ‘blasphemy’. They will also shout ‘blasphemy’ when you refer to the game as soccer instead of football.

Those silly, ‘public health system-having’ savages in Europe might think that the system of MLS is to an extent unfair, but we have something that is totally worth pointing out, and in our opinion, is superior to Europe.

The draft system of MLS is quite different from how they do things in Europe. While most people here, who follow sports, have a general understanding of the draft system, the same can’t be said for everyone.

In Europe for example, most of the youth development is done by the clubs themselves. Every club has a youth academy which produces world stars!

Some of the most famous clubs to do this are Ajax. These players are then bought by the big clubs such as Real Madrid, PSG, or if you are in Germany; Bayern Munich.

There are also the very rare teams who tend to win all the major tournaments and leagues using nearly exclusively their academy players, such as Manchester United back in the day.

The drafting system of the MLS can be at times confusing for people unfamiliar with it. As it is, high school and colleges that do the scouting!

However this system allows for a more fair playing field. The best way to understand this is to see how in football (or rugby) every team has the potential to win and come on top.

Meanwhile, soccer leagues in Europe don’t have the same levels of competition. There are the big clubs in every country, and they will win the league as per usual.

Within the MLS we find a similar situation where every team can have a season where they rise to the top and win it all!

To further distance the MLS from other European leagues, they also start and end at different times.

The MLS winner is also not decided by the team who garners the most points. Instead, teams go through a tournament to decide the winner.

This is done more out of necessity than anything else. With the country being as big as it is, it would be a logistical disaster to make every team play against every other team.

So instead the league is split into the Eastern and Western part. During the season teams play against other teams in their rside of the map and garner points.

After that, the competition switches to a tournament with single match play offs. The team that wins this tournament, is then crowned as the winner of MLS!

Major League Soccer (MLS) Is Bigger Than You Think, And We Should Talk About That 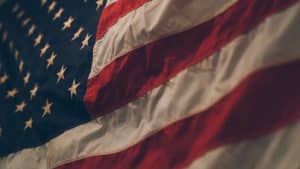 On average the viewership of MLS saw a decent increase once the pandemic started to end. As of this year, Major League Soccer garners about 285,000 viewers per game.

Keep in mind that the above statistics refer only to viewership of the MLS. There is a lot of people tuning in to watch other Leagues as well.

Undoubtedly, the love and passion for soccer is growing within the US, and we should talk about that more.

We believe talking about the growth of soccer in the US to be important because of many different reasons. Mostly however, because in doing so we can create a market for it here too.

For example, MLS has top notch soccer within it, and with many young athletes fascinated with the beautiful game, we can truly create a magnificent competition in the MLS.

We are not even necessarily talking to the patriotism of Americans here, we believe that the MLS growth is good for business and for people in general.

Think of it like supporting local businesses instead of going for the corporate overlords. There is so much worth supporting when it comes to America and soccer.

We are also convinced that we can do this, we can be the number one soccer country in the world.

That sounds ludicrous, until you realize that we have already done that! Our Women’s National Soccer Team is the best and most dominant soccer force in the history of women’s soccer.

The future of soccer seems to be in safe hands as far as the US goes, yet we can’t help it but want for that future to come sooner.

It is now probably the best time to start training soccer, as you get to grow as a player the sport will grow with you as a whole! We cannot wait to witness the greatness that the superstars of the future hold!