Mexico soccer players have been a dominant force in many different leagues and clubs around the world.

This is no surprise considering how profound and great Mexico soccer culture is. Our neighbors are people who truly enjoy the beautiful game.

Although the Mexico Soccer National Team hasn’t won something as prestigious as the FIFA World Cup, their jersey has been worn by massive superstars!

It is these superstars that have carried the Mexico soccer culture around the world, and have cultivated a massive amount of success wherever they’ve gone and played.

Today, we will be counting some of the most famous and most well-known Mexico soccer players to ever run on the green pitch! 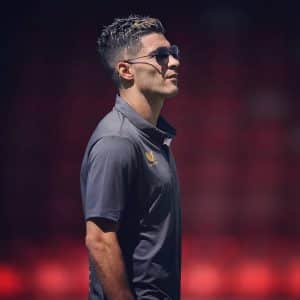 Starting our count with one of the biggest players to ever wear the Benfica Football Club jersey. Raul Jimenez is one marvelous soccer player!

With a career that has seen him fly all over Europe, from Spain to Portugal, to now England. Raul Jimenez has been a fantastic player to watch in every team he’s played.

Raul Jimenez has also tasted the sweet honor of playing for one’s own national team. He has 91 appearances and has scored 28 times with the Mexico Soccer National Team.

He is right now playing for the Wolverhampton Wanderers in England, but he has also played for the Portuguese giants of Benfica as well as the Spanish dark horse that is Atletico Madrid!

With a twitter following of over 3 million people, Raul Jimenez is definitely and undoubtedly a name that most soccer fans are familiar with! 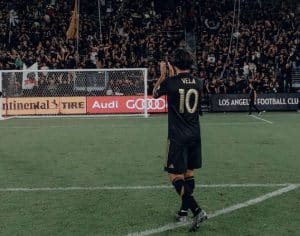 Carols Vela is one of the biggest Mexico soccer players within the US Major Soccer League for the moment!

However, it could be argued that the prime of his career was when he played for European clubs like Real Sociedad and Arsenal.

Carols Vela has a following of over 1.5 million people in his Instagram profile. Where he mostly posts pictures of him and his significant other.

All and all, throughout his career Vela has played 459 games, in which he was able to score a very remarkable 157 goals!

Throughout his career, this Mexico soccer player has definitely been able to turn heads and even go as far as to put Mexico on the map for a lot of people.

Carols Vela has also had the pleasure of representing his nation in soccer. For the Mexico Soccer National Team he has 72 appearances and 17 goals.

Something that we would feel bad not mentioning is that during his time in Arsenal, Vela has had the opportunity to work with Arsene Wenger.

At the age of 32 Vela is still an amazing player, but is now riding the end tail of his career, while being one of the biggest names in the soccer scene within the US. 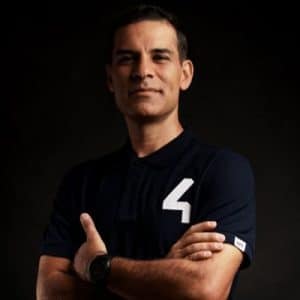 Rafael Marquez is a living legend. Considered by many to be the greatest Mexico soccer player (or at the very least the greatest defender).

Although he is no longer active, his legacy still lives on in the hearts of every Barcelona fan. Under the support of whom he played from 2003 to 2010.

He played a total of 163 games during those years, and scored 9 goals. Although that may come off as very small, keep in mind that El Kaiser was a defensive player!

El Kaiser’, is a nickname given to Maruqez! A very strange nickname which is half German and half Spanish. Kaiser being the German word for “the Emperor”.

Rafael stole the hearts of many with his relentless play style and his strong will! This man was a wall and everyone who ever faced him can tell you the same.

At the end of his career, Rafael Maruqez had played 519 professional soccer games. The majority of which were played for Barcelona and the French club of Monaco.

As a retired player Rafael Marquez is still a widely known name within the soccer fandom, and has a ‘modest’ following of nearly 4 million people on Twitter. 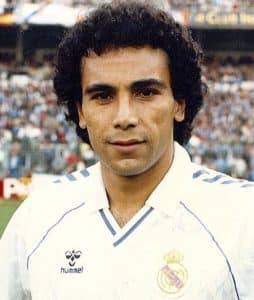 One of the biggest legends in the history of what could be the biggest club in the world, Hugo Snachez represents everything Real Madrid stands for.

Hugo is arguably the most decorated Mexico soccer player of all time. A prolific finisher, having been crowned the top scorer of the Spanish League 5 times.

On top of that, on a collective leve, Snachez has been able to win pretty much everything there is to win for a Spanish team in Europe.

He retired with 681 appearances in his senior career, having scored only 3 goals shy of 400 at 397 goals throughout his career.

Keeping up the spirit of not being able to round up the numbers of goals, Hugo Sanchez has scored 29 goals for the Mexico Soccer National Team, with 58 appearances.

He was also able to coach the National Soccer team of Mexico for a brief period as an interim coach back in the year 2000.

Hugo Sanchez will always be remembered by soccer fans, but he will undoubtedly go down as a huge legend of Real Madrid! 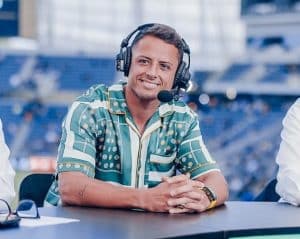 Back in 2010 Manchester United, under the management of none other than Sir Alex Ferguson, would sign a new talent from a soccer club in Mexico.

Javier Hernandez, or as he is most commonly referred to ‘Chicharito’ is probably the most famous Mexico soccer player to ever touch a soccer ball.

Unlike the two previous entries, Chicharito has had the benefit of playing and being active during the area of technology that we live in right now, making his superstardom even greater.

Chicharito has also followed in the footsteps of the aforementioned Mexican legend Hugo Sanchez, as he played for Real Madrid.

Chicharito is so beloved that there were reports back in the day, that showed a visible drop in crime rates in Mexico during the time when Chicharito would play!

There is a lot to talk about the achievements of this man! However, there is nothing that can truly top that fact.

Chicharito is still active and just like many other great Mexican legends he is currently playing in the MLS. He is also the most followed athlete of this list with 5.4 million followers in his Instagram account.

As we said earlier Mexico soccer culture is a vivid and vibrant one! While these players are beloved around the world, a lot of clubs have seen an uptick on the number of fans thanks to them.

Such is the love and passion that Mexico soccer fans have for their players around the world!

We hope that you are now a bit more familiar with some of the most famous soccer players from Mexico and we like to believe that you knew of, at least, 2 or 3 of these players.