The Biggest Soccer Humiliations Of 2021

Soccer humiliations of 2021 have been as shocking as they come. We did a similar thing a while back when we counted the most humiliating losses of 2020.

There was a lot to cover from that year, and there is also plenty to count for this year too. There has been a huge uptick in the sort of matches that will go down in history as infamous.

These matches are heartbreaking for some, and absolutely glorious for others! Depending on which team you support.

Our compiling of these matches does not mean that we intend to ridicule the players and the soccer teams who tasted these defeates. Instead we are simply pointing out what happened.

We feel it is important for us to mention this because emotions run high with soccer. Our goal is never to make fun of your favorite team.

Far from it, we simply like covering interesting things about soccer, and the biggest soccer humiliations of 2021 are worth talking about in that regard.

We will try to be as inclusive as we can with our picks, but as per usual it will be really hard to pick anything that is outside of the European leagues.

Mostly due to the fact that it is in these leagues that we find the most coverage and where the stakes are the highest.

With that out of the way, allow us to begin our count, in no particular order, for the biggest soccer humiliations of 2021!

Manchester United Can’t Have A Break 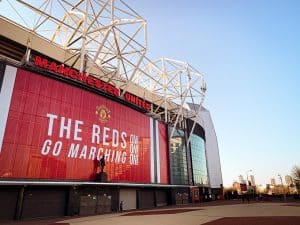 The worst thing however, and by extension the most humiliating thing to befall United this season, was the deep defeat in the hands of their biggest rival Liverpool.

Manchester United has been on a constant downfall, and their rival Liverpool is going through the exact opposite. This truly has given United fans a huge scar.

Mohammed Salah, would go ahead and pour acid on that scar by scoring a hattrick against Manchester United, in the match that saw the latter lose 0-5.

It was such a bad loss, that the fandom at large, left mid-way through the match. On top of that, there was a storm in social media that asked for things to change.

Mostly the heat was targeting the coach and manager of United, Ole. Fans requested that he be sacked immediately, but so far the United board have decided to put their trust on him!

One Of The Most Shocking Soccer Humiliations Of 2021 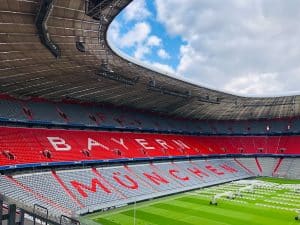 Manchester United had played against Atalanta in the UEFA Champions League before their match with Liverpool.

Even though they won the match, Paul Schools, in commentating that victory said something along the lines of: “Manchester got lucky, and playing like this against Liverpool is going to be very bad for United.”

He was proven very right on that. Pretty much everyone knew that Manchester United was on a downfall and it was a matter of time until something like this happened.

Bayern Munich on the other hand, has been as dominant as ever, this season. Yet in their bout for the German Cup against Bayern Monchengladbach they would lose 5-0.

No one, not one analyst, not one fan, not a single soul saw this coming! It was definitely one of the most shocking soccer humiliations of 2021, if not the most.

Now, it could be argued that Bayern Munich wasn’t that determined to win that match, and that they weren’t playing their A team, but that’s not quite right.

It just so happened that Monchengladbach was superior in every way possible that night, and was able to net the soccer ball in, 5 times in a row! 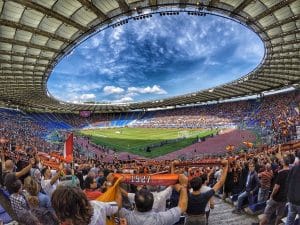 Sticking to the most shocking soccer humiliations of 2021, Bodo Glimt is a soccer team from Nowegia, which you’ve never heard of before.

What you may have heard of however, is Jose Mourniho and Rome (both the city and the soccer team). So in a match between these two soccer teams, which one would you pick?

Granted, Jose Mourniho is now the couch of Rome. It should be easy, right? Well, tell that to Bodo Glimt who defeated Roma FC 6-1 in their last bout in the UEFA Europa League.

Of all the soccer humiliations of 2021, this is probably the one that stung the most. Roma was in a perfect place to see a huge, sharp rise in their play and with Mourniho on top hopes were very high.

Things got so sour that Roma fans refused to get player’s jerseys at the end of the match. Making this loss, undoubtedly one the biggest soccer humiliations of 2021!

What Is A North Macedonia And What Are You Doing Germany? 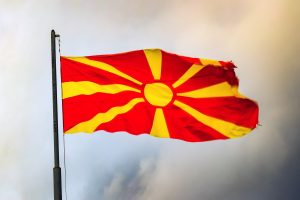 Just like the previous entry on our list of the biggest soccer humiliations of 2021, this match was supposed to be a very easy one on paper.

Of all the biggest soccer humiliations of 2021 that we have covered, this one is the one with the lowest goals scored. Germany lost 1-2.

Don’t get us wrong, North Macedonia is a fascinating country with a rich culture and amazing food, a very diverse population, and they are slowly but surely becoming a bigger and bigger economy.

But by God, they don’t really shine when it comes to soccer. It is so humiliating for Germany because they lost in their house against a team that had no right to beat them.

Do you agree with our pick for the biggest soccer humiliations of 2021? Did we forget to mention something or a particular match that you feel deserved to make it in our list?