Which Is The Best Soccer Team In The World?

‘Best soccer team in the world’ is a claim that a lot of fans will make for their favorite soccer team. This is true beyond soccer too.

If people are passionate about something, they consider themselves a fan of said thing, they will throw claims about it left and right.

One such claim is the ‘best soccer team in the world’ claim that soccer fans love to use. So much so, that you will hear fans of teams that play in low tier leagues around the world make it.

The passion is clear, and we cannot blame anyone for saying that their favorite soccer team is the best soccer team in the world.

What we can do instead is try and figure out which of the fanbases has it right, respectively, find out which is the best soccer team in the world.

Recently we discussed who is the best soccer player in the world, and there we faced an issue that will be present in this discussion too.

There is also another issue which is bigger and has more significant implications, that comes from the very nature of the question.

How To Find Out Which Is The Best Soccer Team In The World? 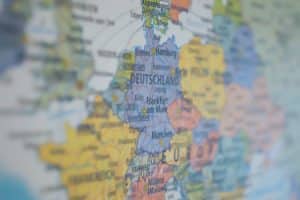 Maybe to find out which is the best soccer team in the world, we can simply look at the team with the most trophies.

That honor goes to the Egyptian team of Al Ahly who have accumulated a mind numbing 118 trophies throughout their existence as a club.

Now, without wanting to sound biased against the Egyptian Soccer League and the remarkable record of Al Ahly, it is fair to say that they haven’t been competing in the most competitive leagues.

So maybe, based on that logic, the best soccer team in the world is the soccer team which has won the most trophies in the most competitive leagues.

In that case, we turn our eyes up from Africa to Europe. The team to have won most trophies in this continent is Ranger FC.

This Scottish team has 116 trophies! Remarkable, but yet… Were you expecting this answer? Unless you read our piece on European clubs with most trophies won, we wouldn’t be surprised if you said; “no”.

The actual answer lies somewhere in between the number of trophies won, or more generally speaking, the amount of success garnered and the level of competition faced.

By this criteria, it is pretty much obvious that we will have to pick a European team. Not because Europeans are best at soccer, but because they have the best and toughest leagues. Of course, with the exception of the French league!

The Best Soccer Team In The World Right Now 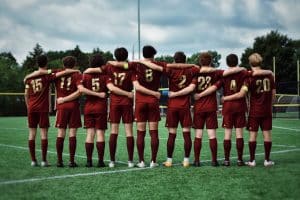 Picking the best soccer team in the world will be very tricky due to the state of things in soccer right now. Especially the state of European soccer.

Only a short while ago, this question would have been much easier to answer. Real Madrid was on a tear as far as European soccer goes.

Starting from 2016 all the way to 2018; Real Madrid won three UEFA Champions League finals in a row. They are the first club to do so, more than once.

However, as of right now Real Madrid aren’t doing so well. Their 2018 triumph in Champions League marked their last international trophy, to this day.

Meanwhile, other teams have shown to be dominant forces within the competition. For example Bayern Munich is a big club that has been performing really well there.

Not only have they been able to win the 2019-20 Champions League, they did so in a dominant fashion. Most notably scoring 8 times against Barcelona, in one match.

On top of that Bayern Munich are the absolute kings of Bundesliga (the German Soccer League), with the last time that they didn’t win the competition being back in 2012. Bayern has won the Bundesliga every time, ever since then!

Meanwhile, the other two finales were won by English teams, Chelsea and Liverpool. Both of these teams would face an English opponent; Chelsea beat Man City this year, and Liverpool beat Tottenham in 2019.

This is a great way to point out why Bayern Munich has been able to dominate the German League as much as they have; the competition simply isn’t as tough as it is in England.

Maybe the level of quality and class has reached such a high level in soccer right now, that it can be argued that it is impossible to pick just one team to be superior to all others.

We tend to agree with this sentiment. While the quality of soccer is as top notch as it gets, there just hasn’t been a dominant force in the soccer pitch in a long while.

We would argue that the first spot in the race of being the best soccer team in the world right now is being shared by multiple teams.

This wasn’t always the case though, and if we really want to find out who is the best soccer team in the world we need to add a variable to our calculations that we have neglected so far.

The Best Soccer Team In The World To Ever Play Soccer 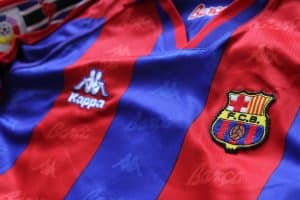 In the season of 2011-12 Real Madrid would win the Spanish La Liga, in a fashion that is still remarkable and never repeated by anyone else.

They accumulated a total of 100 points, and also they broke the record for most goals scored in one season, with a total of 121 goals.

This was the culmination of many different attempts by the club leaders to get Real Madrid to a stage in which they can dominate the whole world.

Yet, we don’t really mention this area of Real Madrid for those reasons. It is mostly remembered as the Mourinho area, a period of high rivalry and a period of dominance, but not by Real Madrid per say…

Only one year prior, this side of Real Madrid, would lose to Barcelona 5-0! One of the darkest days for Real Madrid.

You see, the reason why we pointed out how great Real Madrid was under Mourinho, was just so we can properly convey how much greater Guardiola’s Barcelona was!

They didn’t simply dominate Spanish football; Barcelona during the period of 2009 to 2015 was a wrecking ball that would destroy anything in their way.

The suffocating tiki-taka play style of Barcelona, would cut through any competition like a flaming hot chainsaw through butter.

A viciously unforgiving attack force lead by Messi, a godly midfield orchestrated by Inesta and Xavi, with an impenetrable wall of a defense fortified by Puyol; Barcelona had it all.

As if that wasn’t enough, the man coaching this team of absolute super stars, was on its own an absolute genius; Pep Guardiola. Who many will argue is the best coach to ever do it.

All of this made Barcelona an unstoppable force. The slogan of Barcelona has always been ‘Mes que un Club’, translating to ‘More than just a club”. This played into the fact that the team acted more like a family than just a club!

This nature and belief held by the club that was already an unstoppable force, made possible for them to be an immovable object at the same time.

Granted they didn’t win everything, and Real Madrid showed their teeth on many occasions. Personally, we never found the tiki-taka play style to be exciting or fun to watch; a sentiment shared by many.

There are, of course, critiques that you can make for the Barcelona team in this area. However, we are confident calling that team the best soccer team in the world.

We base this decision on the fact that no team that has ever existed, could compete with this side of Barcelona. They were unstoppable and they remain the best soccer team in the world!