5 Best Soccer Players To Ever Live

As a species we have a weird fascination with arranging things in an orderly fashion. It is not a coincidence that a lot of articles are written in the format of ‘top x things’. Our brains, for some reason, like it when things are neatly ordered with numbers. So let’s satisfy our noggins and compile a list of the 5 best soccer players to ever live.

This is a rather tricky task to perform. How do you judge who is the best? Trophies won? Well… That would be Dani Alves with a whopping 43 titles won… However, if I made a list with the name “5 best soccer players to ever live”, and that list was topped by Dani Alves, I would be categorized as a wanted criminal from all European and Latin American countries.

What about individual achievements? In that case, at the top of the heap stands Lionel Messi. Now that’s more like it. However can it be conclusive? Is that all there is to being the greatest of all time? The answer will always be different, depending on who you ask.

5 Best Soccer Players To Ever Live? Based On What Criteria?

So how do you make a list of the best soccer players to ever live? Is it even possible? Well, what I decided to do is base the list on two main things; subjective/arbitrary preferences and level of competition faced. The conversation for the GOAT of soccer, is a conversation that will never be concluded.

So with that in mind, please don’t take this listing as a personal offence towards your favorite player who might or might not be part of the list, it is just my opinions on the matter.  With this aside, enjoy the list: 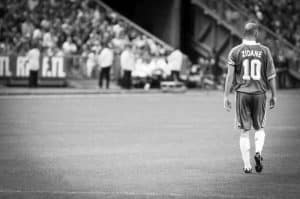 When he isn’t headbutting Italians, Zidane is busy scoring amazing goals. You know you are something special when Sir Alex Ferguson says: “Give me Zidane and ten pieces of wood and I’ll win you the Champions League.” about you. You know you are special. Unlike me… For me Sir Alex Ferguson said:”How did you get inside my house?” and “No. I won’t sign your lucky clown shoes!”

With a total of 117 career goals, 116 assists, a World Cup title, a Ballon D’or, a Champions League title and so on, it is hard to deny him participation in the top 5 best soccer player to ever live list. He did all of this while facing top-notch competition too. Now this placement will be controversial but I just love the man too much to leave him out. 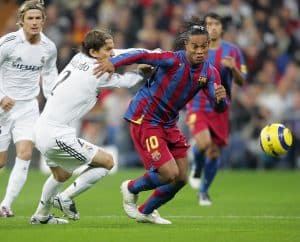 I can already feel the heat… This list is as controversial as they come. Ronaldinho is a household name in the world of soccer. The performance of a lifetime that Ronaldinho put against the Real Madrid Galacticos, is enough of a reason on it’s own to make a place for Ronaldinho on this list. Stats like his 197 career goals, 162 assists, the World Cup, 1 Champions League trophy, and so on, help cement his place for good, not only on this list, but in the history of soccer. 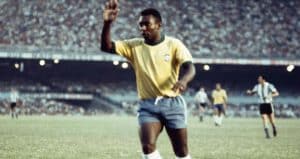 The actual ‘OG’ of football. Pele has scored a mind blowing 1,282 goals! The 3 times World Cup winner would definitely be higher in this list, had it not been for the relatively weak competition he faced. Of course that isn’t his fault, but due to that I couldn’t place him any higher. 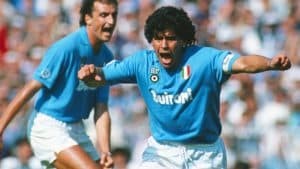 The man, the myth, the legend… Had this man been a modern day player, every list of ‘best soccer players to ever live’, would have him as number one. Similar to Pele however, the competition Maradona has faced is nowhere near the level of the competition modern day players face. With 293 career goals, one World Cup, and a play style rivaled only by gods; Diego Armando Maradona is undoubtedly one of the best soccer players to ever live. 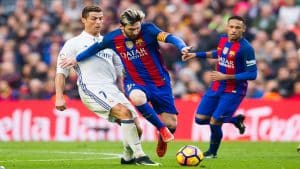 Call me a cheat all you want, but the only reason why we say Messi is better or the other way around is because we support one of them. What both Ronaldo and Messi have done, is borderline impossible. Messi has 696 goals, he holds the record as the highest assist provider in La Liga with 183, 6 Ballon D’ors, 4 Champions League trophies and still counting.

On the other hand Ronaldo has 725 goals, 198 assists (for both club and nation), 5 Ballon D’ors, 5 Champions league trophies and the thing that Ronaldo has over Messi, one international trophy, that is the European Cup. None of them can be placed above the other. At least I don’t have the heart to do that. Instead I will remind you of the sentiment that we are lucky to witness them play the way they play.

I want to end this with somewhat of a poetic note… It just so happens that on the list of the 5 Best players to ever live, the first place is shared among two people.