What basic soccer moves can you teach to young, new players? It’s helpful to know a few basic soccer player actions that are simple to teach and simple to learn, whether you’re simply playing with your 2-year-old in the playground or want your 3-year-old squad to master a few practical foot abilities.

These five basic soccer moves for kids are perfect if you’re unsure what to teach them first. Here is a comprehensive list of easy-to-teach soccer skills for 2-, 3-, and 4-year-olds.

What is the soccer control move? The bottom of the foot is placed softly on top of the ball. This control move will serve as the foundation for other soccer skills in the future, so it is an excellent talent, to begin with.

The control soccer move is one of the excellent opening soccer moves for players in the U3, U4, and U5 age groups. Children this age are just beginning to learn balance and the control move helps the kids develop those core muscles and improve their balance.

The step-over soccer move is a fundamental building block that will lead to more complex movements as your young soccer player grows. The two and 3-year-old soccer players may quickly grasp this kid’s soccer technique.

Tips for the step-over move:

For numerous reasons, pulling back is another soccer move to train your young player. Children as young as 2 or 3 years can make the first move using the bottom of their foot.

It’s pretty helpful for your kid soccer player to succeed early on with a move since it gives new players the confidence to practice their soccer skills throughout a real soccer game.

The chop move is one of the simple soccer moves for kids to master. It can be applied during dribbling or while the ball is resting.

In young soccer games, the chop move is perhaps the most effective soccer drills for kids. Additionally, it is commonly employed in soccer matches for older children and players of higher levels.

5. The outside chop soccer move:

The third move is a version of the second and is as easy to teach to new soccer players learning fundamental soccer moves. Unlike the inside chop motion, this move does not come as quickly. It’s preferable to hold off on teaching the outside chop motion until the “inside” chop move has been mastered.

Toddlers and youngsters as young as 2 or 3 may quickly learn these five fundamental soccer moves. These skills will serve as the foundation for increasingly complex soccer levels as youngsters mature and develop 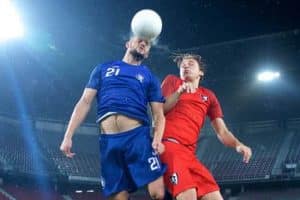 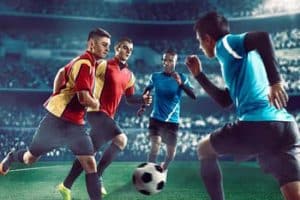 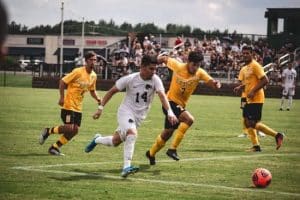 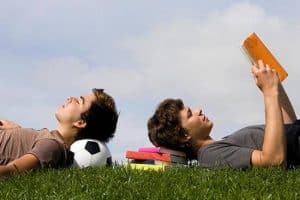 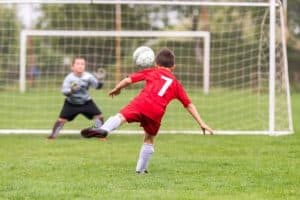 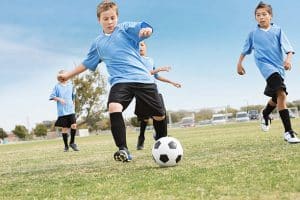