Soccer is undoubtedly the biggest sport on earth. It is quite impressive how far soccer has spread throughout the world, and how immensely influential it is.

For example, did you know that some studies show that there is a causal link between soccer matches and changes in how much crime is committed within a country.

Yet, with all the world fascinated with this sport, it seems that the United States aren’t quite on board this wagon, at least not as much as the rest of the world is.

I just want to stop for a second here and let you know that although soccer isn’t the chosen sport of most Americans, it is still a huge sport, with millions of followers in the US too.

So what are some of the countries that love soccer the most? Due to the huge popularity of soccer this list is quite a lengthy one.

For today’s topic we have decided to pick 7 countries that love soccer the most. Our picks are in no particular order and we are using a general sense of appreciation shown towards soccer as the main factor we will take into consideration. 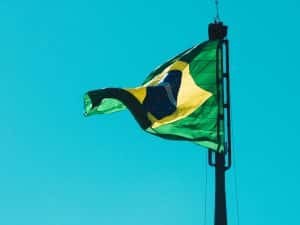 There is no way you can utter the phrase ‘countries that love soccer the most’ and not have your mind immediately run to Brazil.

This nation has won the World Cup an astonishing amount of 5 times, making them the most successful national team in the history of soccer.

Such achievements were possible only thanks to the fact that Brazil has produced players like: Neymar, Ronaldinho, Pele, Roberto Carlos, Ronaldo (the old, number 9 carrying one), Rivaldo, and so many more.

Brazil truly has a culture of soccer like no other place on Earth. You can take a simple stroll throughout any town in this country and you will see people either watching or playing it. 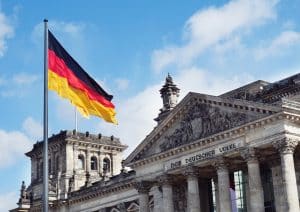 ‘7-1’. This may come off as a meaningless combination of numbers. However, in any of the countries that love soccer the most, that phrase has a very interesting meaning.

It is the end result of a match between Germany and Brazil. It takes something special to beat one of the countries that love soccer the most, and to do it in such a manner, it takes something that only Germans have.

This nation counts 4 Word Cup titles, and is the motherland to giant names and legendary players such as: Manuel Neuer, Miroslav Klose, Bastian Schweinsteiger, Gert Mueller, and many more.

Not unlike Brazilians, to Germans, soccer is a part of life. Whether it is watching it at a bar, at the city square or playing it with friends; soccer is pretty much everywhere. 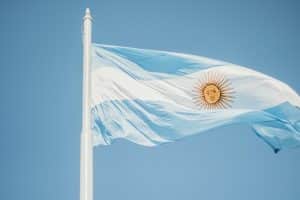 The conversation about the greatest soccer player to ever touch a football, for most people starts and ends in Argentina.

Giving birth to the two most iconic soccer players of all time; Lionel Messi and Diego Armando Maradona, Argentina is definitely one of the countries that love soccer the most.

In 2019 it was reported that 84% of men and 54% of women like soccer in Argentina. Think about it, more than half the population agreeing they like something. You can’t find that many people in the US, who like the US.

Of course, being one of the countries that loves soccer the most also leads to your national team being successful at it. They’ve won the World Cup 2 times, and have gone to the finals 3 other times. 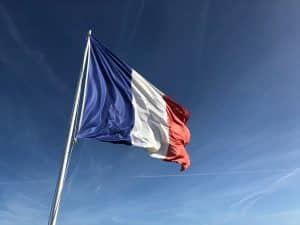 The French are an interesting bunch. Second only to ‘giving up during World War II”, the French are renowned in Europe for their love and passion for soccer.

France has won the World Cup 2 Times so far, just as many times as Argentina. Considering how competitive the World Cup is, winning it two times is very impressive.

While the National Soccer Team of France has never had a Lionel Messi or a Maradona amidst them, they have always had superstar payers: Thiery Henry, Zidane, Mbappe, and many more.

There is no doubt that this nation has a deep fascination with football, as they have been a dominant force in the international field ever since the early days of soccer. 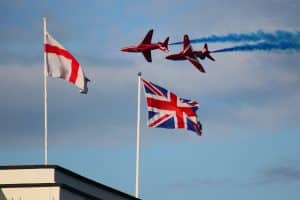 The English really hoped that in the last European Championship, their national team will finally be able to win an international trophy after quite a long while of not winning one.

Much to their dismay, they failed to achieve that, but the support for the English team is always on point, whatever the stakes. This is because England isn’t just one of the countries that love soccer the most, England is the motherland of soccer.

England has won the World Cup once. They have always produced superstars like: Wayne Rooney, David Beckham, Steven Gerrard, Rio Ferdinand, and many more.

England truly lives and breathes soccer, and on top of being one of the countries that love soccer the most, they also have some of the most famous soccer teams in the world. 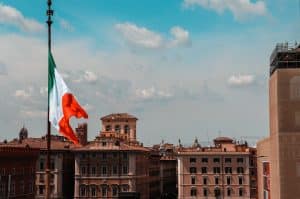 When Italians aren’t creating the best foods, or making the best wine, or creating well-organized crime syndicates, they are playing soccer.

2021 has been the year of the “Italian Takeover” in Europe. The National Men’s Soccer Team won the European championship, while an Italian band also won the Eurovision. Truly grasping Europe on all fronts.

It was that very team that shut down the dreams of English fans, beating England to win the Euros. That, however, is pretty insignificant in comparison to the fact that Italy has won the World Cup an astonishing 4 times.

Some of the most famous Italian players include: Gianluigi Buffon, Paolo Maldini, Fabio Cannavaro, Francesco Toti, and many, many more. 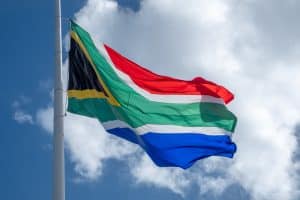 South Africa was, hands down, the host of the best World Cup of our lifetime. The vuvuzelas, the ambiance, ‘Waka Waka’, and so many more things made this World Cup one of the most memorable.

One of the key factors however, were the fans! South Africans love the beautiful game and that love could be felt through TV screens!

While their international achievements are as massive as most in this list, South Africa is definitely one of the countries that love soccer the most.

This nation has persevered through many different atrocities and somehow still find the time and ability to enjoy soccer.

Picking just a few of the countries that love soccer the most has been very challenging, as leaving out some countries will always feel bad.

However, if we made an entire list of the countries that love soccer the most, it would take us a very long while to compile, as more or less, you could argue that soccer is immensely big everywhere.

The fact that a list of the countries that lover soccer the most is so hard to compile, for that reason, shows you why soccer is known as the beautiful game.