If you started watching soccer recently, especially if you’re watching the Premier League, you may be confused about Manchester United.

This is one of the most famous teams in the world, the most accomplished team in the Premier League and one of the all time greats in the entirety of European soccer.

Manchester United has been spending millions on the transfer window every season and their squad consists of many super star players, such as: Pogba, David De Gea, Edison Cavani, etc.

And we haven’t even mentioned the triumphant return of the five time Ballon D’or winner, Cristiano Ronaldo. Who, individually, has been having a great start of season so far.

With all this into account, and with everything else that you may have heard and we didn’t mention, many newcomers to soccer can’t help but wonder “is Manchester United bad?”

Seeing their latest performances and results, you can’t blame people for asking “is Manchester United bad?” For example, in their last match they failed to secure the three points at home against Everton.

Not only did they draw against a team that consists of not a single super star, but they also played an all around embarrassing game. There was simply no passion, and Everton truly played much better and more beautiful soccer.

Of course a single match doesn’t defy a whole squad and one loss, as humiliating or as significant as it may be, isn’t good enough reason to call a team bad.

Why are we asking ‘is Manchester United bad’? 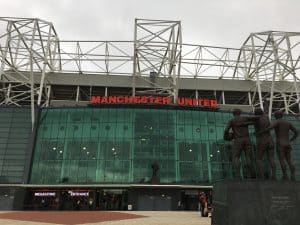 The thing is, we are asking is Manchester United bad because of a number of things. With their latest draw out of our measurements, we can still find many other horrendous mistakes.

First and foremost that loss against Young Boys in UCL really stung. It came as a really hard to swallow pill for the fans as during the preseason, hopes were high that with this team, Manchester United would shine in the Champions League.

Unfortunately enough, at this point this seems to be a pattern for Manchester United. Every time the season rolls close, they break the bank and spend millions to bring in players that have a lot of potential.

Only to then end up with a lackluster team that doesn’t really deliver on the promises made. This viciously heartbreaking circle has a lot of fans very angry, and it has people asking “is Manchester United bad?”

However, these are not deal-breakers per say. Any other team wouldn’t be considered bad for doing this. Yet here we are wondering ‘is Manchester United bad?”

The reason why we are asking ‘Is Manchester United bad?’ is tied closely to what the club once was. The most dominant force of soccer in the entire England, maybe even in the whole of the UK.

Manchester United was the team with the most everything in the Premier League, they were the go to favorite to win the league every time, and they would always be a force to reckon with.

Going from that, to celebrating a draw, at home, against an average team, is why people are now asking ‘is Manchester United bad?’

You can also point out clearly that ever since Sir Alex Ferguson stepped down, Manchester have struggled to find a decent leader.

David Moyes was Ferguson’s chosen one. Yet his run as the coach was horrendous. He was followed by Louis Van Gaal, who also couldn’t properly fix things for United.

Eventually Jose Mourinho would end up trying to fill this spot. Although he was able to win trophies with United, fans were just as angry and as disappointed.

Jose Mourniho’s departure also marked the peak of people asking ‘is Manchester United back?’. It seemed that only a miracle could save this team right now.

“Is Manchester United Bad?” Even With Ole? 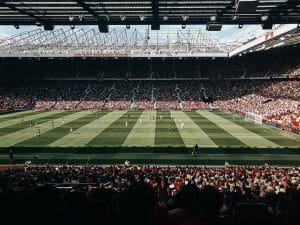 Previously, among many other issues, Manchester United had been doing a very poor job of investing in players. This is a whole other topic that we won’t cover here.

However, it is very important that we mention how significantly impactful the poor management, or mismanagement of the club resulted to be.

Yet, that issue fixed itself, when the American owners decided to break the bank. It was at this point that the club was able to buy big names again and bring in players who could carry United to the top of the table!

The former glory that had evaded fans for so long seemed to be ever so close now with the signing of Ole Gunnar Solskjaer as the manager and with the owners not afraid of breaking the bank.

For those who didn’t watch back in the day, Skolskjaer was the golden substitution for Ferguson. Whenever Manchester was having a tough time scoring, Ole would come in and find a way.

Poetically enough, Manchester United had been struggling for a while, and it seemed that just like in the match of yesteryear, Ole had come in as a late substitute and would now save Manchester United.

“Ole’s At The Wheel” became one of the most popular chants in Old Trafford (Manchester United’s Stadium). The fans were beyond excited.

They also had good reason to be so. By the end of his time in Manchester, Mourinho has lost the dressing room, as they say. The players were fed up with him, and this was obvious in how they played.

Once Ole came in, Manchester United started winning games. Most remarkably that comeback against PSG in the UCL.

Ole’s at the wheel seemed to be the most reassuring thing you could say to a Manchester United fan… That was true, until the wheel fell off!

As of October 2021, Manchester United are in the same position as every season. Sign big players, win a game or two, bring exciting potential, only for it all to crumble down.

Something that hurts real bad for United fans is that their city rival Manchester City have been going through the greatest and most successful decade ever.

Not only that, but they have been playing exciting, beautiful soccer. A true eye candy to watch. Meanwhile, United barely scrape by and can barely win.

To make everything worse, the return of Cristiano Ronaldo, has seen him struggle to score winners for the club, against teams that are far less funded than United. 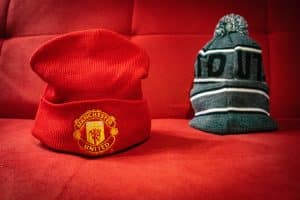 When hearing answers to ‘is Manchester United bad?’ you need to keep in mind that most of the time, the answers will be biased in both directions.

Ask a fan ‘is Manchester United bad?’ and they will immediately start talking about how great United is. Ask a rival and you will get the exact opposite answer.

In our opinion the honest answer lies somewhere in between, but it does weigh heavily toward the rival’s answer.

Manchester United, at the moment, is having some bad performances and if things progress like this, they will end up at a point where we can confidently say: ‘Manchester United is bad.’

Things don’t have to be so grim for United fans though. It has been nothing but pure optimism that has kept them supporting this club for the past 5 or 6 seasons.

We are willing to argue that Manchester United has a great chance of winning the Premier League this season. They just need to do the right things; from training all the way to match days.