Lionel Messi Isn’t As Good As We Thought, He Is BETTER!

“Lionel Messi isn’t as good as we thought”, was one of the most intriguing things I had heard in a very long while. It was something posted recently, after Messi’s move to PSG.

Lionel Messi struggled to score in his first few matches as a PSG player and there seemed to be a growing sentiment that maybe Lionel Messi isn’t as good as we thought.

That is precisely what got me thinking. Yes, Lionel Messi isn’t as good as we thought, he is better, way better than we even realize.

To back track for a second, if you aren’t on the loop with what happened this transfer window, then you are in for a treat.

It was one of the most bombastic and crazy transfer windows in the history of soccer. One of the most shocking things was the move of Lionel Messi from Barcelona to PSG.

Messi and Barcelona have always been one and the same. It doesn’t matter if you think that Lionel Messi isn’t as good as we thought, you can’t help it but nod along to that.

They were pretty much a uniform that couldn’t be displayed without both parts. Or at the very least, so we thought.

Financial turmoil, one or two bad managerial decisions from the club, some embarrassments on the pitch, and things were looking grim for Barcelona.

It was these factors that drove Lionel Messi away. Don’t get this wrong, pointing this out isn’t a means of saying Messi ‘betrayed’ Barcelona.

It is mostly a way to try and understand why things turned out the way they did. Seeing Lionel Messi with the PSG jersey is still weird to most fans.

The goalless start for Lionel Messi with PSG sort of reinforced the “Lionel Messi isn’t as good as we thought” idea.

Well, to the dismay of those trying to push these claims, Messi made a clear statement, during PSG’s clash with Manchester City in the group stage of the Champions League.

He scored the second goal of the match. A classic Messi goal, that went in at the top corner after a crazy curl.

So what do we make of all this? There’s plenty to be said actually but that goal combined with the ever-present idea of “Lionel Messi isn’t as good as we thought”, made us want to point out a few things.

Lionel Messi Isn’t As Good As We Thought, He Is Statistically Better 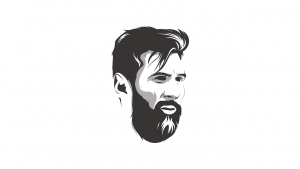 Statistics are a really fun lens to use when observing any sport. We know that to be true, thanks to the obsession that American sports broadcasting networks have with statistics.

Glitz and glamour however, isn’t the main use of statistics. In its most basic use, statistics are used to prove or disprove certain ideas and hypotheses.

To prove that ‘Lionel Messi isn’t as good as we thought, he is way BETTER’, we thought it would be perfect to use some statistics that simply show this man’s greatness, in pure, unfiltered facts!

Most Goals In A Year – Right off the bat, Lionel Messi holds one of the most remarkable records ever witnessed. During the calendar year of 2012 Messi scored a mindblowing 91 goals!

Not only has that never been done before or after, but such high numbers are seldom found among children who play in the streets as a pass time!

Most Goals In El Classico Matches – For uninitiated ‘El Classico’ is Spanish for ‘the classic’. It’s the name that soccer fans use to refer to any match between Real Madrid and Barcelona.

Most Goals In One La Liga Season – If you are still thinking that Lionel Messi isn’t as good as we thought, then at this point, you simply have a bone to pick with Messi…

The record holder for most goals in one La Liga season is Messi with an astonishing 50 goals! He is also the all time number one goal scorer of La Liga with a total of 474 goals.

Most Consecutive Goals In League Competition – One of the hardest thing to do for most athletes is to be on peak performance at all times, without ever losing steam.

Messi’s 21 consecutive league goals during the 2012-2013 La Liga season, is truly a record that is hard to fathom. Not only was he able to stay on peak performance game after game, he did so in one of the toughest soccer leagues in Europe.

Lionel Messi holds the record for winning the Ballon D’or the most. He has received this award 6 times. Followed by Cristiano with 5.

It has never been easier to research something and come up with an abundance of information, like researching messi records. It is totally amazing the achievements he has under his belt.

However, we think that we made this point clear enough. Allow us to dwell into some ‘non-scientific’ territories on why we believe Lionel Messi isn’t as good as we thought, he is better.

Lionel Messi Isn’t As Good As We Thought, He Is Subjectively Better 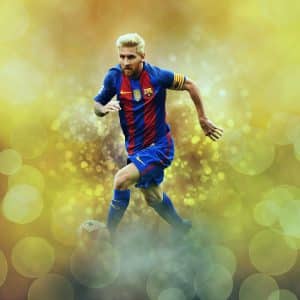 By subjectively here we simply mean that we will be talking about Messi achievements that we feel cement him as one of the greatest to ever touch a football.

We already mentioned the El Classico, and for those who know, you already know the gravity and significance of this match.

It is one of the most watched, highly anticipated and bitter-sweetly emotional matches in the entirety of sports.

Messi debuted in his first El Classico, back in 2007. The then number 19, Messi would score a hattrick on this very match. An El Classico that ended in a 3-3 draw.

Imagine the weight put on his shoulders, imagine the stress and pressure he must have felt. Your first El Classico, your team losing, the electrifying crowd…

Yet, with all that, Messi would complete his hattrick, by scoring an amazing third goal. A goal that diminished the hops of Madrid for a victory.

With Sergio Ramos falling down into a tackle that did nothing to stop the precise and strong shot from Messi, it was clear to all those watching that we would be part of something great.

Honestly, it is downright disrespectful and foolish to think even for a second that Lionel Messi isn’t as good as we thought.

Messi’s involvement in the legendary comeback of Barcelona against PSG, the Treble, that one crazy time when Messi got Cannavaro hung at the goal post…

Then you have that other wordly goal against Manchester United, the 5’7’’ Messi scored a header, while marked by Vidic and Rio Ferdinand who both are 6’ 2’’.

Lionel Messi isn’t as good as we thought, he definitely is way BETTER! Although we could go on for days, Messi’s achievements are so numerous we’d barely scratch the surface.

Whether it’s dribbling, heading technique, ball control, crossing, shooting, taking free kicks, some more dribbling, Messi has it all! There is little else to add, all one should do is simply enjoy the magic, while we can.