Picking the most beautiful soccer kits of the 2021/2022 season is going to be quite a pleasurable experience for every soccer fan.

Just like every other living and breathing human being, we are coming off of one of the worst years in recent memory.

At this time last year we were unsure whether soccer (or any other sport for that matter) will ever come to normality.

It was hard to imagine that there would come a day when you could wear a soccer kit to your favorite team’s match, let alone pick the most beautiful soccer kits of the season.

With sports now, slowly but surely, coming back to normal, we are really happy to go on a wonderful adventure of picking the most beautiful soccer kits.

Keep in mind that these are based on our personal preferences and on things that we find to be beautiful. As you already know, beauty is in the eye of the beholder.

We have tried our best to be as inclusive as we could on the search for the most beautiful soccer kits of the 2021/2022 season but, we ended up narrowing things down.

Mostly because we wanted to provide kits that you dear reader can buy right away if you so choose. Being able to find the right stores of foreing teams can prove challenging.

For example, some South America teams have kits that would put any and all entries of the list below to shame, and there are many in other parts of the world that would give any of our entries a run for their money.

However, keeping things mostly European, in our search for the most beautiful soccer kits of the 2021/2022 season turned out to be much simpler and practical so we stuck with it.

With that explanation out of the way, allow us to introduce, in no particular order, our picks for the 7 most beautiful soccer kits of the 2021/2022 season. 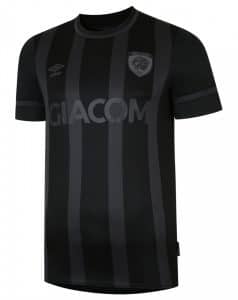 Hull City FC, is a soccer club that isn’t as famous in Europe either. They are currently going through a tough start of the season, as they are ranked 11th in the England Championship league.

This however, won’t stop them from having one of the most beautiful soccer kits of this season. Concretely, we are talking about their black and fashionable away kit.

There is something profoundly cool about the matte black color of this kit. In addition the faded, grey stripes give it the perfect soccer kit look. 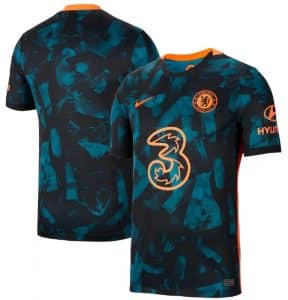 The reigning UEFA Champions League champions are having a strong run this season too. As of October the 2nd 2021, they are top of the table in the Premier League.

Although they might have had a better start in the Champions League, they remain a fan favorite all around the world. Their third kit this season definitely helps keep them so…

The traditional blue of Chelsea has been merged together with a stunning black. Surprisingly enough the logo has been turned orange, a change that was unexpected but also very welcomed. 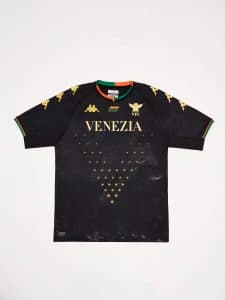 Venzia FC got promoted to the Italian Seria A only this season, and they decided that they are going to make a statement!

Not so much on the soccer field, as they have accumulated only 5 points in 7 games so far, but they are definitely making a huge statement in the looks department.

Words are incapable of describing this work of art… It is cool, slick, somehow retro, professional, and yet playful. It checks all the boxes and we can’t get enough of it. Hands down, this might be one of the most beautiful soccer kits EVER! 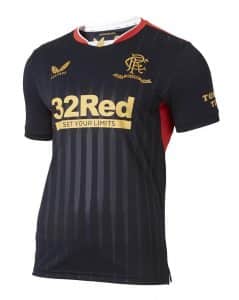 Rangers FC are one of the most successful clubs in the history of soccer. It is only fitting that they have a spot on our list of the most beautiful soccer kits of the 2021/2022 season.

They are top of the table in the Scottish Premiership and are having a successful season so far with only one loss, one draw and five victories.

Their away kit seems to have the perfect amount of black, gold and red, which merge together seemingly to create a kit that is very pleasant to look at. 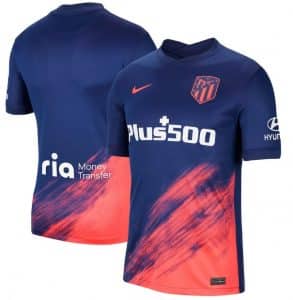 Atletico just won against they’re sworn rival, Barcelona in their latest match. A fixture that was filled with drama, beautiful soccer, and one that saw Suarez soccer against his former club.

This alone is good enough reason to celebrate, but Atletico fans can also take joy in the fact that their away kit is one of the most beautiful soccer kits of this season.

A perfect mixture of pink and blue, that gives a vibrant and vivid feeling to those who look at it, make this cute truly an eye candy. 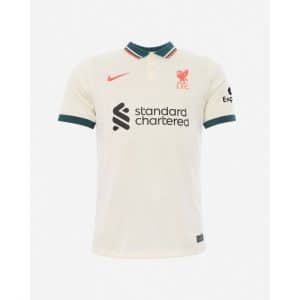 While Chelsea may be sitting comfortably atop the Premier League, that is something that could change very quickly if Liverpool find their way to victory tomorrow in their bout against Manchester City.

It is almost poetic that just as these two clubs are racing for the top of the Premier League they are competing in the ‘most beautiful soccer kits of the season’ tournament.

This kit manages to do something remarkable. Although it has a very simplistic and somewhat bland design, it somehow is able to be so out-there and dazzling. 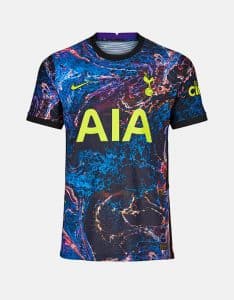 Tottenham Hotspur are having a real tough time this season. As of the beginning of October they are ranked 12th in the Premier League.

To make matters worse, Tottenham Hotspur are currently riding a streak of losses that stretches as far behind as their three last matches.

Yet in the kits department they have done such a great job, that not only do we recommend their away kit, but their third kit is one of the most beautiful soccer kits of this season as well.

If you liked any of our picks for the most beautiful soccer kits of the 2021/2022 season then we have some more great news for you!

As fashionable as these shirts or kits may be, the best place to wear a soccer t-shirt remains the soccer field. So grab one, and get to playing today! 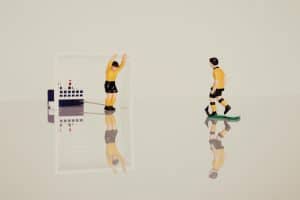 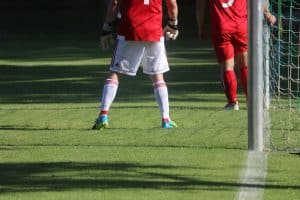 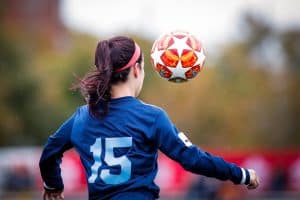 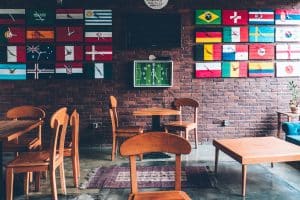 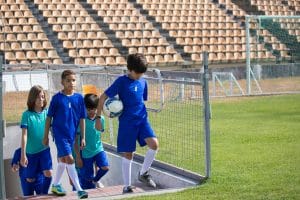 The Perfect Diet For Kids Who Play Soccer

The Perfect Diet For Kids Who Play Soccer