If asked “what is the fanciest thing about soccer?”, what would your answer be? Personally, there is no doubt in my mind, that the fanciest of them all is dribbling. There is something so beautiful, so elegant, so mesmerizing, when you watch someone display amazing soccer dribbling skills.

There is a general idea that dribbling is pretty much impossible to be taught. You learn it by yourself, through sheer practice. There is truth to that. Dribbling is very situation-based so to speak. You can’t teach someone how to react to situations that you don’t have a clue how they’ll be. 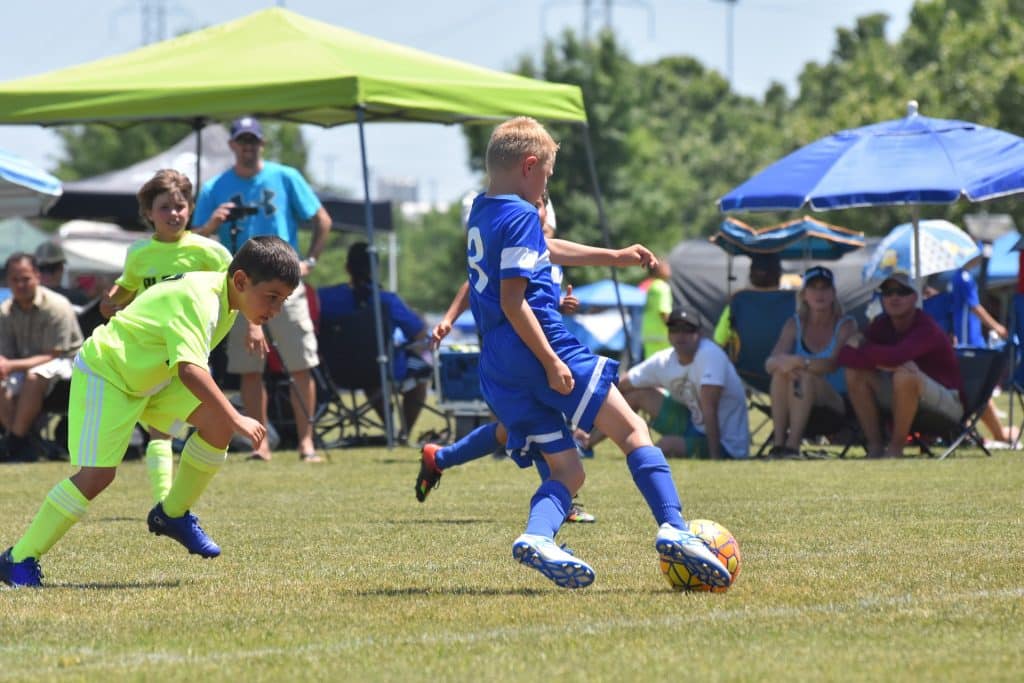 That name immediately conjures images of a young Cristiano Ronaldo, moving his feet around the ball at crazy speeds. Well that is an advanced level. In its most basic form the step-over is one of the easiest soccer dribbling skills and one of the all time most effective.

The idea is simple. A defender is running at you, aiming to take the football away from you. When they get close enough to you, step over the ball with one of your feet. Move your body in a manner that makes the opponent think you’ll start running that way, then, once you have them fooled, move the ball with your other feet in the other direction.

You can go further with this skill. You can step over the ball once, then step over again with the other foot, only to go running in the direction of the initial step over. However I suggest you try to keep it simple and clean.

Most of the time, the idea behind soccer dribbling skills is tricking your opponent into thinking that you’ll go one way, and then going another way. The double touch allows you to do that, but with the ball.

Once you have an opponent close to you, kick the ball with your left foot, let it roll a bit and then immediately kick it again with your right foot to change the direction. If done correctly the opponent won’t have time to react to the sudden switch.

You can use this soccer dribbling skill to pass too. Add more power to your second kick and the ball will reach your teammate. Or simply kick it softly and start running. 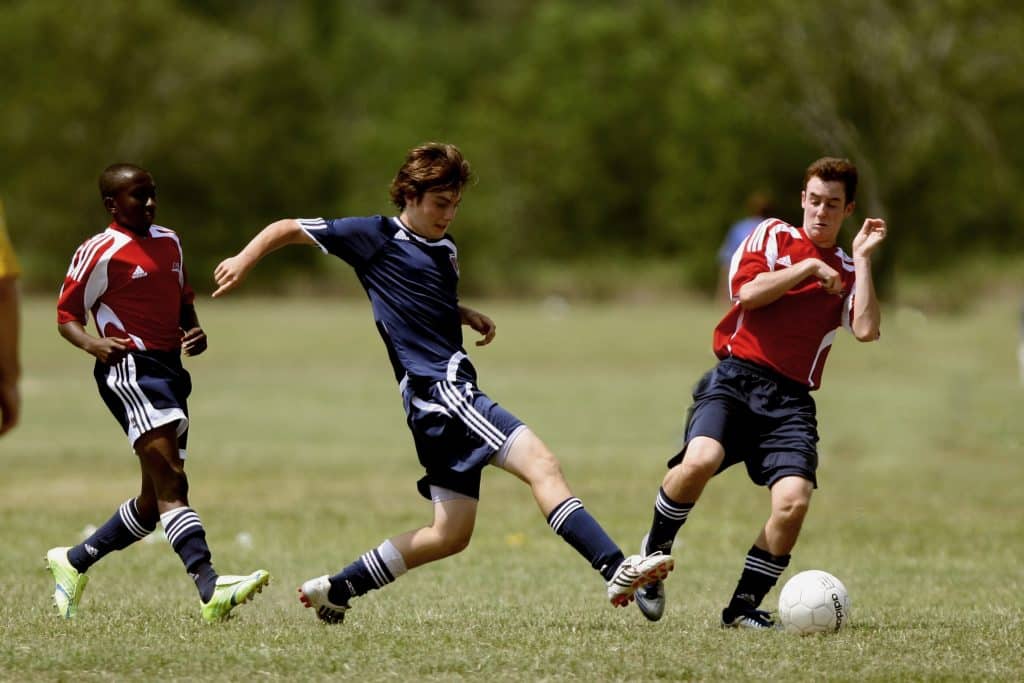 This is one of those soccer dribbling skills that applies and works only on certain situations. Luckily for us, it is a situation that is very common.

When you find yourself running alongside with an opponent and you have the ball. Place your lead foot on top of the ball and pull it behind. Start to rotate your body, and when you turn to your side, if you look down you will see that the ball is between your legs, do the same thing this time with the other foot.

Pull the ball behind you once again. Continue to spin your body until the ball is in front of you. Most of the time this happens when you have spinned for about 270°.

I have no idea what this skill is actually called. I’ve always referred to it as “the trickster” and I refuse to educate myself. This one is probably the easiest of all soccer dribbling skills.

The only thing you need to do is: lift your foot up, pretend you’re going to shoot, wait for the opponent to react and then simply start running with the ball in a direction that you want.

As we said soccer dribbling skills are designed to trick your opponents, but the trickster goes above and beyond. It puts your opponent in a position where they have to react immediately or they risk getting hit with the ball or having you score a goal.

When done right this soccer dribbling skill can make your opponents throw themselves in front of you trying to stop your kick, only for you to gently move past them like a ballerina. 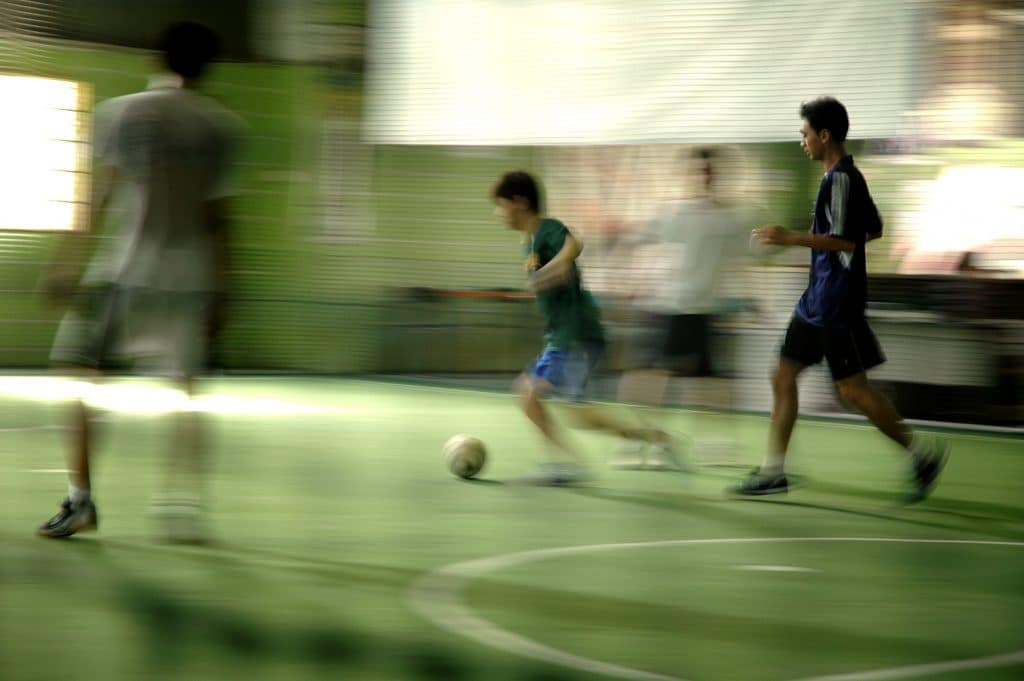 Made famous by Ronaldinho himself, the Elastico might seem like it doesn’t belong on a list about the easiest soccer dribbling skills. That would be a wrong assessment. The elastico is a walk on the park to master, and its efficiency is parallel to none.

The way Ronaldinho does it requires that you don’t stop touching the ball while performing it. That can be a bit more complicated. However stopping contact and moving your foot to the side of the ball, like I suggest, will make things a lot easier and you won’t compromise the efficiency at all. If you need proof that this works, check out “Cristiano Ronaldo vs. Hamit Altintop” online.

These soccer dribbling skills can be the perfect ally for you. They will help you improve your game in ways that you will be able to see for yourself. So now all you have to do is to take a football and start training today.