The 5 Most Memorable Soccer Games Of Recent Years

Soccer games are some of the fanciest and most exciting, emotional roller coasters in existence. They can create and bring emotions like nothing else.

I remember so many soccer games from the days of my childhood, right on top of my head. I have forgotten so many things that are supposed to be important, yet those matches will never leave my memory.

That isn’t because I have a great memory, as I said, there’s plenty I’ve forgotten. Oh no, it is because of the mark that soccer games can leave on one’s memory!

The bitter sweet equalizers, that dread in your soul when your team is losing, the unfathomable joy of a last minute winner score, the title decisive matches, and so much more.

Soccer games, or at least some of them, can tip toe ever so elegantly around the line that separates reality with complete ecstasy so darn well!

Soccer games, under the right conditions, can transcend being just a sport! When the stakes are high enough and the atmosphere just right, they become something else, something otherworldly.

It is soccer matches that do this precise thing that we would like to cover today. Matches of recent years that have made a space in our collective psyche.

We will count the 5 most memorable soccer matches in particular order. We just want to showcase them, in an attempt to sort of relive the emotions that they gave. Be it for good or for bad. 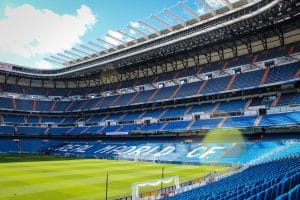 Real Madrid had been going through a huge selection of managers up until 2010. In the summer of this year, Real Madrid signed Jose Mourinho.

It was at this point that Real Madrid had started to move away from signing big names to sell t-shirts, and were trying to buy big names for every position and create a lethal and destructive team.

With Mourinho on top, Real Madrid had had a great start of the season, and hopes were high that they would reclaim the throne of Spanish football.

November 29th 2010, Real Madrid were set to play their first El Clasico under the Mourinho management. It was so hard to predict who would win this match, but no one could have ever predicted the final result.

Barcelona schooled their rivals from the first whistle blow to the last. Scoring a whopping 5 teams, and not conceding a single goal.

The shock in everyone’s eyes was enormous! Real Madrid fans will most likely remember this as their darkest day as a soccer fan. The rest of the world will also never forget this match. 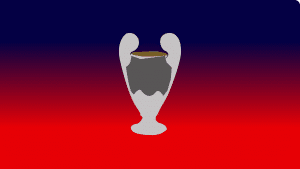 Real Madrid have been part of some really amazing soccer games. We already covered one where they were left in shambles, but our second entry is a different story.

No club has more Champions Leagues than Real Madrid. They have one this competition a total of 13 teams by now. The second team with the most wins, AC Milan, has 7 trophies.

However, before winning the infamous La Decima or the 10th Champions League title, Real Madrid were going through over a decade of not having won the competition.

It was during the 2013/14 rendition of the Champions League that they would reach the final, where they would face city rival Atletico Madrid.

On paper, Real Madrid were the favorites, but once the match started Atletico were the first to score, setting the score 1-0. Under the directions of Diego Simeone, Atletico immediately started playing defensive soccer, to try and win the game.

With 3 Minutes added extra in the second half, it seemed that it was now over and that Real Madrid stood no chance. A corner was awarded for Real Madrid and one Sergio Ramos would leap into the sky to equalize.

In what was the most unbelievable turn of events, Real Madrid would equalize on the verge of the extras. They would then go on and win 4-1 against Atletico.

Once the 90 minutes were over, and the extra halves began, Atletico players were morally and physically defeated, meanwhile Bale, Marcelo and Ronaldo would go on to score each a goal.

Manchester City Are The Champions Of Premier League 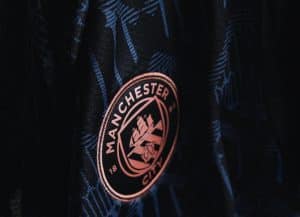 Moving away from Spain and the Champions League we arrive in England and we will now look at the English Premier League.

The most competitive league in the entire world, the Premier League trophy is one honor that the team of Manchester City had never lifted prior to the year 2012.

With new management, and a huge amount of money Manchester City were rejuvenated and were ready to win the league.

The 2011/12 Premier League season was a thrilling, emotional race between the two Manchester rival teams City and United.

In the last round of matches it came to the rivals. City were ahead with one point, but if they were to draw or lose their match against Queens Park Rangers, and if United won, they’d lose the title.

80th minute of the match, and City are losing 1-2. Progress forward a few minutes, and although City had equalized the score, Manchester United’s match had concluded and they won.

The way things were standing, Manchester United was set to win the league again. And then… “Aguerooo!” the most famous line in the history of Premier League commentary.

This match will forever go down in history as maybe the greatest match to ever take place in the entirety of Premier League football. 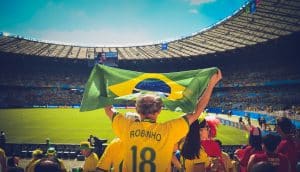 Soccer games are emotional as is, but when we add the pressure of national teams to soccer games, the stakes become twice as high and as meaningful.

Brazil National Soccer Team’s defeat at the hands of the German team wasn’t only one of the most memorable soccer games because of the humiliating result of 7-1, there were even more factors.

Brazil lost to Germany at the semi-finals of the World Cup. That on it’s own is destructive enough, as they had reached so far into the competition only to have the door to the finale shut in front of them.

On top of that this happened during the 2018 FIFA World Cup which was hosted by non other than Brazil itself!

Goal, after goal, after goal, until the scoreboard showed 7. The Brazilian fans in attendance and those watching from home had to watch in horror as Germany dismantled Brazil thoroughly.

Of all the soccer games mentioned here, this is the one that we mostly remember due to the sad and heartbreaking sights of the Brazilian fans crying, in shock and despair. Truly a sad sight for a nation that loves soccer so much!

The Catalon Have Set Fire To Paris 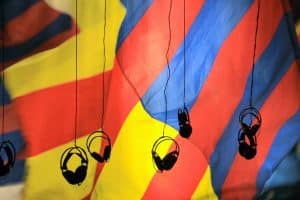 The greatest comeback in the history of all soccer games is definitely the comeback that Barcelona somehow pulled against PSG in the 2016/17 season of the UEFA Champions League.

Barcelona and PSG were set to play against each other this season, right after qualifying form the group stage.

With the first match set to take place in Paris, Barcelona were humiliated as PSG was able to gain a deep victory of 4-0.

When it came time to play the second leg in Camp Nou, hopes were very low for any chances of Barcelona qualifying.

Leave it to this team to work out a miracle though, and you won’t be disappointed. Not only did they win, but they won even though they conceded a goal. The final result was 6-1.

Although there was a lot of speculation about the refereeing and the poor performance by PSG, the fact remained that this was the craziest and biggest comeback in the history of Champions League.