Prestige, honor, fame, recognizability, and many more make up for some of the most sought-after feelings and attribution in the whole world.

As superficial as it may seem or be, it is true that as creatures we love to seek approval and validation from others. So much so, that at times just seeing others get it makes us happy and gets us hooked.

In the world of soccer nothing is more glamorous and sought-after than the ultimate trophy that a player can hold, which is the Ballon D’or.

The Ballon D’or 2021 is especially popular and highly anticipated. This is mostly because of the fact that there was no Ballon D’or given last year.

The Ballon D’or 2021 will be the first ceremony for this trophy ever since the pandemic hit, at the end of 2019. The last player to win was Lionel Messi.

The Ballon D’or 2021 however is special for reasons beyond that too. It also marks the first year in a very long while where the winner isn’t just going to be either Cristiano Ronaldo or Lionel Messi.

With the area of these two legends slowly coming to an end, as they age closer to retirement, the shifts in the landscape of soccer will be most likely shown in the Ballon D’or 2021 winner, contenders and the whole thing.

The Ballon D’or 2021 nominees already make a list of players that have seldom been viewed as anything else but runner ups in the previous years of this trophy.

However, before we can fully grasp the importance of the Ballon D’or 2021 rendition we need to understand what this trophy is and what it means to soccer fans and players alike.

The Ballon D’or is the ultimate trophy that you can receive as an individual player in soccer. The Ballon D’or essentially translates to the thing that the best soccer player receives.

Since this is an annual contest, the trophy is measured by the achievements and performances of the players during the last season.

The Ballon D’or 2021 will be awarded to the player that receives the most votes as the best player for the season.

As per FIFA regulations, eligible to vote for the winner of the Ballon D’or 2021 are international journalists and the captains of the national soccer teams of the countries under FIFA.

Recently the list of the chosen 30 players who have the chance to win the Ballon D’or 2021 was announced, and given to the media.

While we won’t mention each and every single player listed, we will briefly touch on some of the most interesting and most likely to win players, in just a bit.

Before we do however, we must mention that the list for the Ballon D’or 2021 Feminine was also announced. This will mark the third year that a Ballon D’or is awarded in women’s soccer. 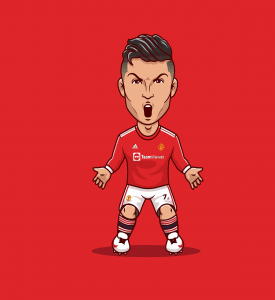 The winner of Ballon D’or 2021 is probably the hardest winner to predict, in the entire history of this glamorous trophy.

Remember how we mentioned earlier that this year could be the first time that the Ballon D’or isn’t heavily contested by Messi and Ronaldo? Well, about that…

Although the Ballon D’or 2021 isn’t turning out to be fully overshadowed by the duo, this doesn’t mean that the two aren’t in the running.

Messi’s fans are going crazy all over social media asking that he be given the award. This all stems from the success that Messi garnered with the Argentinian National Soccer Team.

Meanwhile, per his manager, Ciristano Ronaldo has done more than everyone else to deserve the trophy this year. Namely, top scorer in Serie A, The EUROs, and many records that Ronaldo broke this past year.

On the other hand it seems that an overwhelming majority believe that Rober Lewandowski was robbed of a Ballon D’or due to one not being awarded last year.

Bayern Munich aren’t doing everything they can to push for Lewandowski though. Something that Real Madrid is doing with full force for their number 9, Karim Benzema.

Chelsea’s Jorginho is another great contender for the Ballon D’or 2021. He won both major competitions this year; the EURO’s with Italy and the Champions League with Chelsea. Being a key player for both.

Mohammed Salah is also in the conversation and, at the very least, the Liverpool coach, Jurgen Klopp believes he deserves the award.

The event will take place next week on November 29th, and it will be a fascinating show. With competition this strong, we are guaranteed to be kept on the edge of our seats.

Although, we don’t feel comfortable enough to try and make a prediction. Hopefully, by seeing how fierce the competition is, you can understand why that is.

Meanwhile, to try and say something more subjective would go against every professional policy that we maintain around here.

Instead of doing either one, we want to leave you with all the relevant information, and give you the chance to come to conclusions of your own.