10 Most Iconic Soccer Balls Of All Time

Soccer balls have been slowly but surely evolving alongside soccer. The designs we see in today’s matches are pretty cool and there’s a lot of options.

With soccer being on a huge height of popularity right now, it is no wonder that a lot of companies are designing soccer balls to please pretty much everyone.

When it comes to the soccer fans, they can create and hold attachments to soccer balls, jerseys, and even cleats, nearly as much as they do with soccer teams.

Try it out for yourself. If you know people who live and breathe soccer, ask if they have one of the many soccer balls that is their favorite?

Although their answers will vary widely, it is a great way to see how much significance and importance soccer balls have to the soccer fandom.

If you are a huge soccer fan yourself, you might have a favorite in mind already. If you do, we are delighted to hear, and we ask that you try to be forgiven if we fail to mention it today.

We will be counting 8 of the most iconic soccer balls in the history of soccer. The main criteria for our picks will of course be the design.

However, we will also put a huge value on the significance to the soccer world that said ball has had, or is having as we speak. 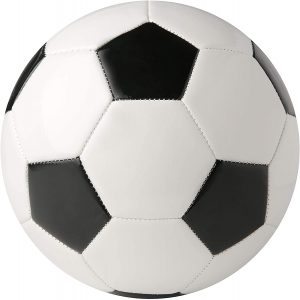 We start things off with the most iconic of them all. We decided to include it here, as it would be unfair to the rest of the soccer balls picked if we had them competing with this design. This soccer ball is so famous, that its notoriety is pretty much the same as soccer itself.

The ball was first created by Adidas, and it has 12 black pentagonal and 20 white hexagonal shapes that are recognizable in the whole world. 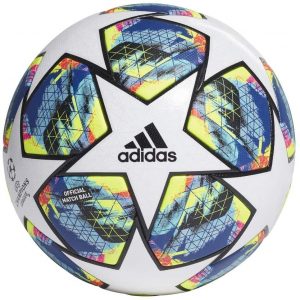 The UEFA Champions League of the 2018 – 2019 season will be memorable for many different reasons. Also referred to as the “English Champions League” in parts of the world.

The 2019 finale saw Liverpool crowned kings of Europe after a very long while. Not only that but the final was between them and another English team in; Tottenham.

Mashing together green and white, in a way that compliments each other so well, this design was the perfect one for that eventful finale. 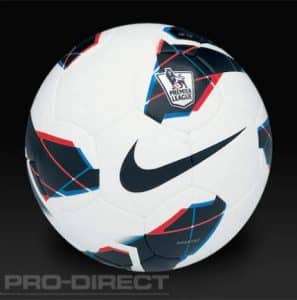 Switching to soccer balls made by the number one competitor of Adidas; Nike entered the soccer world relatively late in comparison.

Nonetheless Nike has delivered some very iconic soccer balls. One of them being the Nike Maxim, which looks like something out of the Matrix, if the matrix was red and blue instead of green.

What can be described as a ‘glitched’ design, is quite the eye-catcher. This ball has been used by nearly all major soccer leagues in Europe, like; La Liga, the English Premier League, etc. 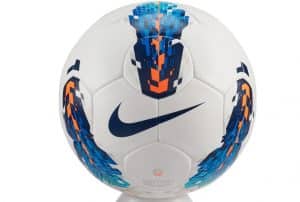 Another Nike entry, and another entry that has a very futuristic looking design to it. Nike has always been great when mashing together colors like this.

The Seitiro Soccer Ball is quite the beauty to behold. Just like the previous entry, this soccer ball has been used by all the major leagues in Europe.

It is however most iconic for the fact that it was used by Premier League teams. If you go shopping, definitely check the other variants of this ball, as they are all very impressive. 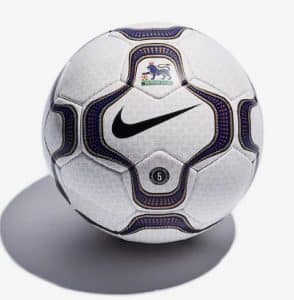 The only soccer ball produced by Nike that is more iconic than the Geo Merlin series, could be considered the all white, black Nike swoosh design.

This design is one of the earliest from Nike, but it proved to be so iconic that to this day, pretty much everyone has had a soccer ball that has this or similar variation of this design.

Nike Geo Merlin was used during the 2000 – 2001 season in the English Premier league. For most fans, the picture above is quite the nostalgic sight. 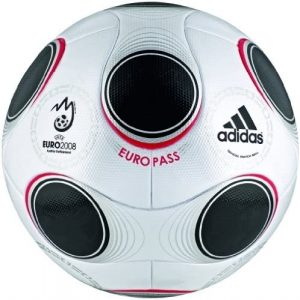 Adidas Europass is the name for the design of the soccer balls used during the EURO 2008 competition held in both Austria and Switzerland.

This rendition of the best soccer tournament in the whole of Europe saw Spain dominate and conquer from the group stages all the way to the finale. Winning and winning big!

Designed in the spirit and patterns of the classic soccer balls, the Adidas Europass isn’t a flashy design but it sure is an iconic one. 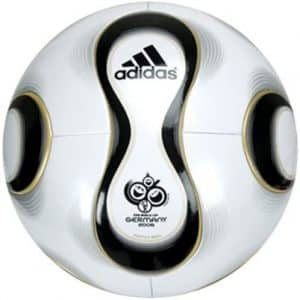 Of the many different designs that Adidas has contributed as far as soccer balls go, their design for the 2006 World Cup in Germany is one of the most recognizable in all of sports.

The stars were pretty much aligned for Adidas. Not only is Adidas a German company, but in 2006 their home country of Germany would be the host of the World Cup.

Most iconic thing about this competition however, will always remain the incident between Zinedine Zidane and Materazzi, an incident that took place in the very finale of the World Cup nonetheless. 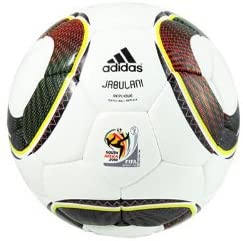 We listed South Africa as one of the nations that love soccer the most, mostly thanks to the ambiance and the amazing atmosphere that this nation produced during the 2010 World Cup.

There is something almost magical about Adidas’ Jabulani. Truly simplistic in design, with only 3 distinguishable patterns, yet fully mesmerizing and memorable.

The Jabulani has as much infamy as it has fame. As it is one of the most highly discussed soccer balls. There are a lot of things that were wrong with this design, from a practical point of view at least.

It’s always fun to count soccer-related things. Whether it is the most beautiful jerseys of any given season or the most remarkable soccer balls, we are fully onboard.

We hope that you agreed with our picks, and we wish you best of luck in your soccer endeavors. Be it training or playing!