European soccer is undoubtedly the end all be all, when it comes to the upper echelon of soccer dominance and soccer skills.

Most soccer fans around the world support two teams at a time. For many, they support their local team and another big European club.

During the years of my pro career in Europe for example, I used to play for a relatively small club somewhere in Eastern Europe!

Even though the number of fans that my ex club has was massive, the overwhelming majority of all fans would support us, and Real Madrid, Barcelona, Chelsea, Manchester United, PSG, etc.

This is mostly because of the aforementioned facts of the best players playing for these clubs. It’s just much more fun to watch the UEFA Champions League finale, for example, and also have an attachment with one of the clubs playing.

All of this is a widely known, and accepted fact among all the soccer fans around the world. It is something that you don’t really talk about as a soccer fan, you take it for granted.

However, we believe that it is very interesting to talk about why European soccer is so ahead of the rest of the world when it comes to quality.

Before we even begin, I want to take a second and let you all know to avoid a specific downfall that a lot of people seem to end up in.

There is a clearly, very racist stance that some people can at times take when discussing European soccer superiority!

Do not, under any circumstance, fall for these racist, outdated and clearly untrue stances. It will become clear by the end of this that there is nothing special about Europeans per say when it comes to their dominance in soccer.

We are purposefully being vague here, as we really don’t want to use our platform to give racist ideas any more light and attention than is absolutely necessary!

If you hear someone speak of European soccer being better, because of how better Europeans are; know that they are wrong!

With that out of the way, let us begin speaking of the main factors that drive European soccer to the highest of heights!

European Soccer Is Where The Big Bucks Are Spent

When Neymar left Barcelona to join PSG, the main theme behind the move was that Neymar was doing so to get out of the shadow of Lionel Messi!

Everyone was claiming that Neymar wanted to go down in history as the greatest soccer player of all time! To do so, he had to prove himself without the looming presence of Lionel Messi.

Another big thing about this transfer was the hefty price that PSG had to pay to secure Neymar’s services. A mindblowing 222 Million Euro!

Although this is the highest transfer fee ever, in the history of soccer, and is quite high up there, the rest of the most expensive transfers aren’t small by any means.

Second place is Kylian Mbappe who moved to PSG too for 145 Million Euro, followed by Coutinho and Dembele with 135 Million Euro each, then Jao Felix with 127 Million Euro…

The list goes on and all of these are astronomically high prices. Yet, this is a pretty much normal practice for European soccer clubs.

This phenomenon, although present in European soccer, is not something that is done by Europeans per say.

For example, although Neymar went from one European soccer club to another, he himself isn’t European and the owners of PSG aren’t European either.

This clearly indicates that European soccer is profitable, and if you want to have a successful business in the sport of soccer, you go to Europe!

All of this creates a perfect ‘breeding ground’ of sorts, where investments are easy to attain and said investments bring about the purchasing of the top player and the forming of the top soccer clubs in the world.

Best way to point out why European soccer is so profitable is to mention the return of Cristiano Ronaldo to Manchester United this past summer.

Manchester United, a british team, owned and run by American businessmen, bought Cristiano Ronaldo for 15 Million Euros, that same day the club would sell over 200 Million Euros worth of Ronaldo jerseys!

This is beyond crazy! In 24 hours, Fanatics reported that, Cristiano Ronaldo broke the record for most jerseys sold, in all sports. Beating Lionel Messi, Lebron James, Tom Brady and many other big names!

European Soccer Is About The European Culture 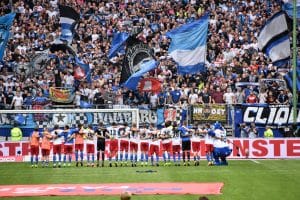 One of the main reasons why such a crazy milestone was made possible, as the one mentioned above, is thanks to how much of a soccer culture Europe has.

That is something that is talked about a lot, and the soccer culture is present in many different soccer loving countries that are outside of Europe.

But there is just another atmosphere in Europe! If you haven’t seen what soccer fans do during matches, please do yourself a favor and go to YouTube to watch some compilations.

Clubs like Borussia Dortmund, Glatasaray, Barcelona, and many more, have a following that sees no issue with putting the whole stadium up in flames, just to show how much they care for and love their club.

Now going back to European soccer spending the big bucks, and also making them, it is partially thanks to the soccer culture that clubs are able to turn a profit so easily!

Staying at the economic side of things, it is much easier for Europeans to support their club than it would be for many other people in other countries.

Europe is one of the most economically developed continents, and regardless of how that came to be, a soccer fan in England for example, can easily afford a 100 US dollars jersey.

It is even plausible for most fans in their countries to afford trips around the country and continent to support when their teams play.

For example, if you live in an underdeveloped country, it is much less convenient for you to financially support your club!

The combination of the good economies of Europe and the culture make this continent the perfect place to create an environment like the one we know and love to watch.

It is for this exact reason why the best players from all around the world, go to Europe to make the next big step in their career!

European Soccer Is The First Historically 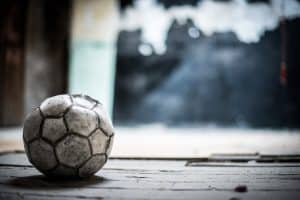 The last detail that is worth talking about when discussing the dominance of European Soccer is one that sort of ties in with everything we’ve discussed so far!

Maybe, the fact that soccer as we know was born and raised in the UK, a European country, serves as the cherry on top of the cake!

Soccer culture is huge there because that’s what Europeans do! They created this sport, perfected it and take immense joy from it!

It is very easy to understand why people love soccer. Soccer is just the most beautiful sport on Earth.

And considering that soccer and Europeans go way back, it becomes easy to understand why people love soccer as much as they do!

Other than helping build the general soccer culture, the fact that Europeans were the first to do soccer, gave them a huge step ahead against the rest of the world!

European soccer is definitely the ultimate arena of the soccer world, where the biggest, greatest and the best teams clash heads!

Hopefully this article has provided you with a new arsenal of knowledge about European soccer and why it is so dominant!